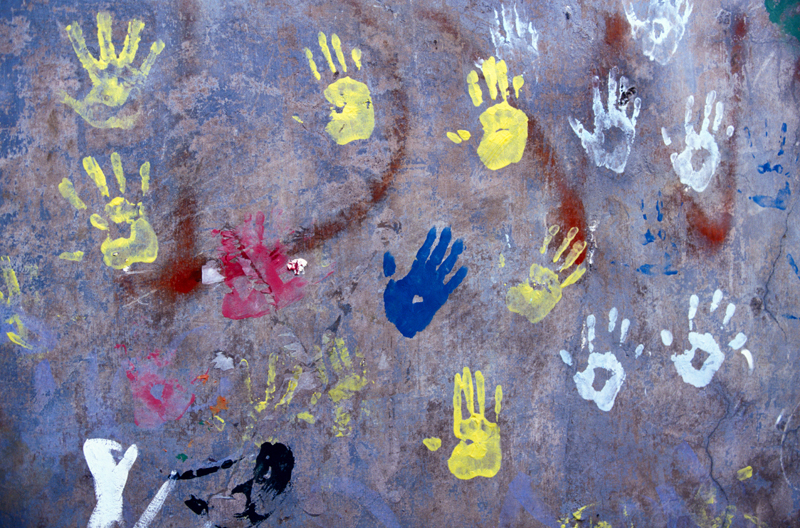 I’ve run a website for the local running and athletics club for over 7 years now, something I got duped into doing when my 11 year old daughter proudly announced to all and sundry that I’m a web designer, one chilly Sunday morning at a cross-country meeting. It was one of the first websites that I built using WordPress, back in the days when WordPress was a great blogging tool, but not much else.

I spent a lot of time trying to find a way to display additional side-columns, an events schedule and an easy to navigate structure. It was hard work at the time, as WordPress was the new kid on the block, compared to other open source systems such as Drupal and Joomla. But I found both the aforementioned systems complex beyond my needs and facing the hideously clunky interfaces of both systems my eyes would glaze over, my brain would go into meltdown and I gave up! WordPress I felt was much more intuitive and with some perseverance I was able to create a great site that most users found very user-friendly and informative. I dutifully upgraded the site with each new iteration of WordPress over the years, added various social media plugins as they came into being and even tweaked the design when I had time.

However, in November 2012 I was approached by a group of well-meaning club members who felt the club needed a big PR boost and had a desire to get involved in assisting with upkeep of the website and associated social media. This was a welcome suggestion, as my enthusiasm for maintaining the site has waned in the last year or so – my kids have grown up, I’m less involved in the club events than I used to be and often out of touch with club news and events, bearing in mind all this work has been done on a voluntary basis. So I arranged to meet with these new enthusiasts to show them how the site works and to give them some basic training on how to update the site.

The following week, I breezed along confidently to the meeting, laptop in hand, thinking how great it would be to offload some of the responsibility of maintaining the website to these eager and time-rich people. I was in for a shock. Yes they were keen, but they were also very critical. Of my site. The site I had nurtured and fed all alone for 7 years. Without any help. But what soon became clear was that this isn’t MY site, it‘s their site, the club site, and I needed to let go and let them have their say.

And have their say they did. Old-fashioned design. Not enough pictures. Events not prominent enough. Joining procedure not clear. Rather than me feeling a weight of responsibility lifted, here was I feeling hurt, embarrassed and facing a shed load more work to update the entire site!

But then an interesting thing happened – as the discussion continued and we started to talk about the site in a much more pragmatic way, a strategy beyond the purely cosmetic started to develop. We need more members they said, we need to make the site attractive so people want to join. But little did they realise that this was exactly what the club isn’t geared up to cope with at the moment. These guys are avid runners, and also generous volunteers at the various public road races we organise throughout the year, but they weren’t aware the club, was already terribly over-subscribed. We don’t have enough coaches, helpers or administrators to safely take on any more members. While it would be great to get more members in to boost the coffers with membership fees, it would also be doing these people and the existing members a disservice to put the existing volunteer staff under more pressure.

With this enlightenment duly absorbed by my trainees, we agreed a few key points that we should address to start with, including inviting more people to volunteer, adding a more prominent event calendar, including more pictures, encouraging greater interactivity (I previously kept comments on posts closed as I didn’t have resources to cope with moderating feedback too) and a more intuitive navigation design.

All their points are valid. The site is old-fashioned and could look much better. But the most enlightening part of this process is that it really emphasised the importance of the clarifying the customer journey, getting feedback from users as well as contributors and above all a willingness for all parties to listen to each other before making decisions about design or structure.

Personally it’s been refreshing for me to finally have some support from this merry group of apprentices, and it’s reinvigorated my own desire to make the site work well. I’ve trained the team to author the site in its current form, and the convenience of updating from the iPad WordPress App caused no end of oohs and aahhs! The pressure is still on for me, to put a new design in place, which I’m about to embark on, but now I’ve got a small team to bounce ideas around with, I’m feeling much more confident the next version of the site will belong to the club and not just me!

UPDATE: A quick Google Analytics check confirmed what the team said at our last meeting – that a large proportion of our users are using mobile, so can we make the site mobile-friendly. Analytics from the last three months show that almost 50% of users are using mobile devices to view the site, with 40% of these using an iPad. Our audience demographic is clearly heavily populated by 30-45 year old users!